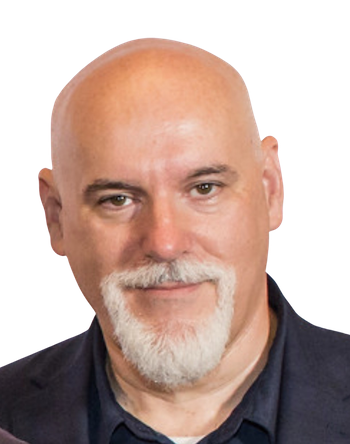 Merlin, the largest and most trusted digital licensing partner for independents, has promoted Jim Mahoney to SVP, Member & Partner Success. As head of the department, he oversees a growing global team based in New York, London, and Tokyo. Mahoney will help Merlin to cultivate deeper relationships between its members and its digital partners across the globe, and drive success throughout the independent music ecosystem.

“The mission of Merlin—supporting the independent entrepreneurs who nurture the careers of the world’s best musicians and the digital partners who connect those artists with their fans—is both my professional calling and a personal passion for me. I am privileged to work every day with such a talented community and the opportunity afforded to me by the Merlin team and our Board.”

Mahoney steps into the role from his previous position as VP, Global Operations. He joined Merlin in 2014 as U.S. General Manager, where he oversaw the establishment and growth of the organization’s North American operation. Since then, his responsibilities and skills have grown to represent the needs of labels, distributors, and rights-holders from around the world. He has played an integral part of Merlin’s revenue and membership growth, as well as building trust with the organization’s digital partners.

Prior to his tenure at Merlin, Mahoney served for seven years as VP of A2IM, the non-profit trade association for U.S. independent labels. Mahoney also served on the SoundExchange Board of Directors from 2012–2014.

Mahoney’s roots in the independent music industry run deep. A native New Yorker, he became immersed in the world of hip-hop music at a young age, helping to introduce rap music to the local market while he attended Syracuse University and working at its student-run radio station.

It was only natural that his journey would take him into the independent label and distribution sector. Mahoney has served as President of Fat Beats Records & Distribution (working with Atmosphere, Black Milk, and RJD2), Senior Director of Urban Product at Roadrunner Records (working with MC Breed and producer Domingo), and National Director of Marketing and Promotions at Profile Records (working with DJ Quik, Camp Lo, Smoothe Da Hustler, Nine, Special Ed, and Run DMC).

In 2019, Mahoney was named as one of Billboard’s Indie Power Players.

“The entire industry knows there is no greater advocate who understands the needs of independents, no better leader in driving our partnerships with digital music services, and no stronger voice for our members,” said Jeremy Sirota, CEO of Merlin. “Not only is Jim a decent, honest and trustworthy person, he has been a true partner to me since the day I stepped into this role.”

Merlin provides independents the means to own their future. Merlin is a member led, music focused organization providing digital music licensing for the leading independents across the globe. Members benefit from Merlin’s premium deals, but work directly with key digital partners. Our membership consists of independent labels, distributors, and other rights-holders, representing tens of thousands of labels and hundreds of thousands of artists from every country in the world. Merlin works collaboratively with our digital partners, delivers value back to those digital partners, and seeks to drive other incremental benefits to our members.

Merlin has offices in London, New York, and Tokyo.