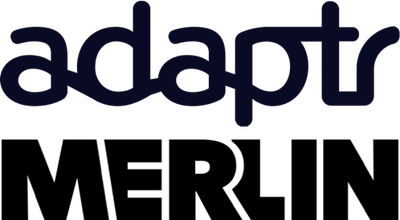 Feed Media Group, the leading B2B music licensing subscription service, announced today that it has signed a music licensing deal with Merlin, the independent’s digital music licensing partner, for its Adaptr product. Adaptr is a subscription-based platform that makes it easy for startups to use music, and this deal provides access to an enormous catalog of licensed music from Merlin member labels, distributors, and their artists.

Adaptr was designed for startups that have raised less than $7.5 Million and earned less than $4.5 Million in revenue. Under the terms of the new agreement, record labels, distributors, and other rightsholders within Merlin’s global membership can make their music available via Adaptr with immediate effect. Merlin’s members represent tens of thousands of labels and hundreds of thousands of artists from every country in the world.

“We are thrilled that Adaptr clients will now have access to some of the best independent music in the world via our new deal with Merlin. In so many cases independent music is perfectly suited for our clients, who are on the cutting edge of technology.”

“The deal with Adaptr is an innovative opportunity for Merlin to expand our member’s reach across sectors and services while giving early-stage startups access to diverse music from around the world.”

“Adatpr solves a key problem our industry faces – ensuring that innovators have easy access to properly licensed music for their startups. As a tech-oriented organization, Merlin sees the value in enabling our members and their artists to participate in exciting startups at the earliest stages of their development, and to receive proper licensing fees in return. We’re thrilled to enable our members to power Adaptr.”

Adaptr has previously announced licensing deals with other record labels, distributors, and publishers around the world. Adaptr is brought to you by Feed Media Group, a pioneer in connecting music rights holders and tech innovators. Its initial offering Feed.FM is a B2B platform that helps brands leverage music to connect with their customers.

About Merlin
Merlin provides independents the means to own their future. Merlin is a member-led, music focused organization providing digital music licensing for independents across the globe. Members benefit from Merlin’s premium deals, but work directly with key digital partners. Our membership consists of independent labels, distributors, and other rights-holders, representing tens of thousands of labels and hundreds of thousands of artists from every country in the world. Merlin works collaboratively with its digital partners, delivers value back to those digital partners, and seeks to drive other incremental benefits to its members.

Merlin has offices in London, New York, and Tokyo.