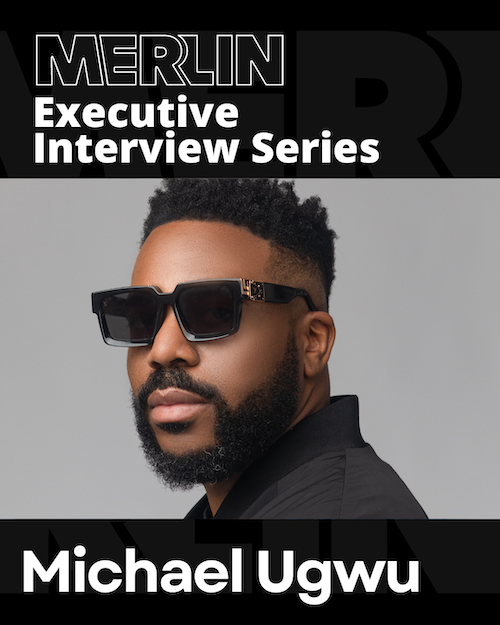 Merlin’s Executive Interview Series offers a range of independent voices from Merlin members around the world. This piece features Michael Ugwu, CEO of Freeme Digital and member of the Merlin Board of Directors

Can you give us some background on Freeme Digital?

Freeme Digital was born as a result of wanting to help African artists get their content on as many commercially-viable platforms as possible. While running IROKing, the company had a main competitor, Spinlet. I’m unsure if they are still currently operating but at the time, both companies were very competitive as we had both raised VC funding, we both signed artists, and were both very successful at disrupting the music industry in much improved ways. However, both platforms faced issues with locking artists into suboptimal contracts and onto suboptimal platforms. Artists could not put their music on other platforms like Apple Music and Spotify without our permission at the time.

We wanted to lock content onto our own streaming platform and ideally didn’t allow artists to place their content on Apple Music, Spotify or even YouTube once they were signed with us. We wanted it solely on IROKing.com. At some point, the inefficiency of the whole thing dawned on me — I think seeing that this was not an optimal structure to grow our genre. It serves artists better to get the music as far and wide as possible, and I just felt the need to free up some of these artists as these exclusive deals were suboptimal and locking artists’ content up for years was just unfair. Yes, we did pay artists upfront for their content, but after a period of time, these upfront payments do not mean anything. Ideally, an artist wants their music to always be discoverable and their content to appreciate – not depreciate – as they never know what opportunities may come in tomorrow, the wider the music travels.

So “FREE ME!” was born. I came up with an idea and a name that became synonymous and symbolic with my need to free artists from suboptimal contracts and be able to advise them against getting locked into unfair deals and to not give out their content for free to all the blogs. Freeme was set up to unlock content and allow it to breathe. I wanted to get artists’ content to all the major DSPs; to build relationships locally and internationally with them so that artists’ content doesn’t get locked onto just one local platform. Freeme was built to cater to the African artist; to help their music get heard, get bought and get paid for in as many places as possible around the globe.

What are your thoughts about independent artists in today’s industry and the role Freeme plays for them specifically?

I think that Freeme discovers diamonds in the dirt, polishes them, and makes them more appealing for potentially better situations — whether it be situations with big brands, big festivals, sync deals or even more global labels i.e. The Cavemen. We advise, guide, educate, and do our best to identify indie artists with lots of potential. Indie artists are spoilt for choice today compared with years gone by. There are a myriad of distribution services, label services, independent labels and major labels looking for the next best thing. We hope to service them as best as we can for as long as we can — all the while educating them on how to develop further in the industry

What are some of the highlights and successes of Freeme over the past couple of years?

Over the past 24 months, Freeme licensed, distributed and promoted the debut album of acclaimed Afro-Highlife band The Cavemen. Freeme has seen The Cavemen.’s debut album “ROOTS” accumulate over 30 million streams with multiple sync deals and multiple music award nominations with a win for Best Alternative Album at the 2020 Headies. Freeme also licensed, distributed and promoted Basketmouth’s debut album, “Yabasi,” which has now accumulated well over 30 million streams and also got multiple nominations at the 2022 Headies. The Cavemen. have embarked on both their first national tour, playing in multiple cities across Nigeria, as well as their first international tour, playing across multiple cities in the United Kingdom and Europe.

In addition to Freeme Digital’s operations as a distributor,  the company’s label services arm, Freeme Music released three singles (“Touch & Follow,” “Somebody,” and “Piano”) and a 7-track EP, Rare Gem, by its first feature label artist, Ninety. Collectively, these have garnered over 5 million streams across platforms. Ninety has opened for other established Afrobeats artists such as Moelogo at his “Moelogo Live in Lagos Concert,” as well as performed with Clout Africa and Lucid Lemons. He is currently songwriting for Afrobeats heavyweights such as Teni and Olamide.

Freeme Music also signed its first female artist, Nigerian singer/songwriter/rapper/vocalist Majesty Lyn, following the release of her EP Lyn of the South in March 2021. For a newcomer in the Nigerian music industry, she has shown her determination to break through, with four singles and three EPs, and a couple of collaborations under her belt. She has released one single under Freeme Music, “Notice,” and is set to release a second single, along with an upcoming EP, titled Things on Things.

Freeme Music has signed another young talent by the name of Pawzz. Pawzz is currently undergoing artist development and is sure to bring something electrifying to the Afrobeats scene.

Freeme Digital also has under her belt The Freeme Space, a multi-media production studio facility, concert venue and co-working space in the heart of Lekki, Lagos. The space which became pivotal for independent artists at the start of the pandemic has continued to provide an opportunity to record music videos, host concerts, and produce content with major brands (i.e. Red Bull). Most recently, it expanded its facilities with a green screen space, a co-working space, and indoor and outdoor lounges.

Freeme is a Merlin member and you also serve on the Merlin Board of Directors. How did you hear about Merlin and what attracted you to the organization?

I was actually turned down for a direct partnership with Spotify then went hunting for how I could partner with an international organization and came across Merlin. It’s been very interesting. Merlin is viewed as kind of like the 4th major label, so it’s pretty high profile — especially in the independent music sector. I’m the first Nigerian to sit on the board. We represent a diverse set of music rights from across the world, accounting for approximately 15% of the global music business. We have distributed over $2 Billion to 900 label members since 2008.

I learn a lot from the more experienced board members. It’s actually the first international board I have sat on, and I am one of the youngest members on the board. Everything I’ve stated definitely attracted me to the organization.

I appreciate the fact that I’m given the privilege to act as a voice for Africa, African music, African entertainment and African creativity. Yes, I am Nigerian and based in Nigeria and understand things better from a Nigerian perspective, so representing this huge continent can be a bit challenging. Nevertheless, I do everything I can to make sure I’m speaking up for the entire continent. I do think and hope that in the future, representation is more diverse at board level and broken down into regions so that we have representation from West Africa, East Africa, South Africa and even North Africa. But as it stands now, I do fully understand that Nigeria is the most important music market on the continent, so I think that our voice is very important – to be part of those meetings and to be heard.

What does it mean to be a major voice of the Nigerian independent music industry?

Music and entertainment have always been long term passions of mine. I used to manage my brother, who was a UK Grime artist back in the day. To have grown from a small-time manager to an integral part of the Nigerian independent music industry is no small feat, and I don’t take it for granted. I’ve always done things differently, and I see and admire that with artists and music executives alike who are invested in lifting up the underdogs.

In the Nigerian independent music industry, a lot of the artists in this part of the industry are not necessarily mainstream or make popular afro-beats music. I think the only independent artist who I can think of that’s very much mainstream is Lojay. I’m thankful to be a pioneer of investing in music like The Cavemen. or like Basketmouth’s Yabasi, which was music from someone who had primarily been a comedian for most of his career in entertainment.

It means a lot to be able to give other types of music or musicianship a chance, to highlight other kinds of stories and art forms. It’s a real privilege. It comes with its challenges of course, because also I am a true believer in ownership. Ownership of our stories, our music, etc. But it’s not easy at all, especially in a very difficult economy such as Nigeria’s. However, continuing on the path to further black voices, indigenous voices, and black businesses in this industry makes it all worth it.

Who are your heroes?

In music, definitely Diddy and Jay Z. They’re both black men who have achieved great heights in the music business and have also uplifted their fellow peers — Jay Z, especially. In sports, icons like Pele and Muhammad Ali really inspire me because of their strength, perseverance, and their need to always be the best. Locally, I have a lot of respect for 2Face Idibia (who actually is more of a peer I respect than a hero) for being the contemporary breakthrough artist for Afrobeats in the early 2000s.

What advice do you have for young artists looking to grow their audiences?

Also, if you can, achieve a little bit of success for yourself first. Whether that’s performing at open mic nights, putting out your own song independently so that you learn the inner workings of uploading content, how streaming works, etc. Put out your own video, no matter how low-budget. Utilize platforms like YouTube shorts and TikTok.

Perfect your craft. Practice, practice, practice. Always look for ways to improve your singing or rapping, your stage presence, your connection with the audience, etc. Also, let your audiences/fans be invested in you. Not just your music, but your life so that you create more avenues for fan loyalty.

More importantly, do everything you can to understand the music business. Study up; understand all the various key elements of it from legal to A&R to live/touring. Expanding your audience as an emerging artist and understanding the music business is a slow and steady race, but when you do learn and apply what you’ve learned, work hard and when the big break comes, it’ll come big.